Jennifer Huecker was elected as the Lutheran Women’s Missionary League (LWML) Vice President of Christian Life at the 2017 Albuquerque Convention. Jennifer has decided to step down for health reasons, and the LWML thanks God for her service and trusts that she will continue to serve the Lord with gladness in all she does. Susan Brunkow, Manhattan, Kansas, has been approved by the LWML Board of Directors and will serve as Vice President of Christian Life until the 2021 LWML Convention in Lexington, Kentucky. Susan served as Oklahoma District President prior to moving to Kansas. President Debbie Larson states, “We thank God for all of the servant leaders wherever they serve in the LWML and will continue to share Jesus’ message with the world.”

Board of Directors Meet in St. Louis

During the August 13-17, 2019, Board of Directors (BOD) meeting in St. Louis, Missouri, the Board traveled to the LWML Office on the Concordia Seminary St. Louis campus. This was the first time for new board members to see the offices and the campus and meet the staff. 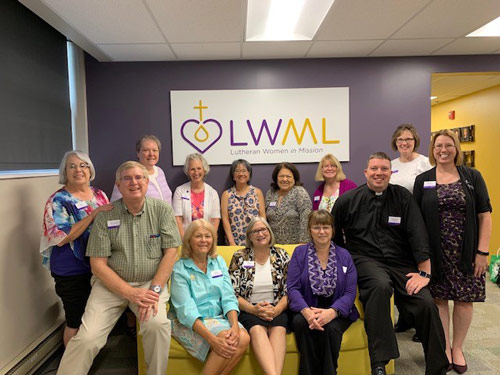 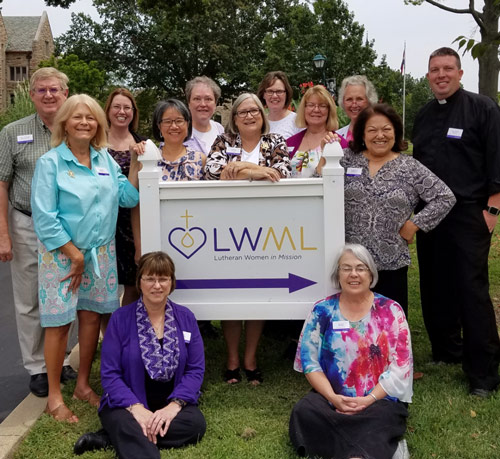 During this meeting, the LWML BOD took time to give thanks to our Lord for the services of Nancy Graf Peters, Atlantic District, as the Lutheran Woman’s Quarterly Editor-in-Chief since 2005 and Marguerite Christman, Oklahoma District, as the Convention Manager since 2009. These women have faithfully served and will continue to be a gift from God to the LWML as they serve in other capacities.

The LWML BOD selected departmental committees for the 2019-2021 biennium. Over 50 women have committed to serve the Lord with gladness. These women have accepted assignments and will meet together October 23-26, 2019, in St. Louis, for training and planning. The women serving as committee leaders and members are:

Thanks be to God for all those willing to serve with gladness!