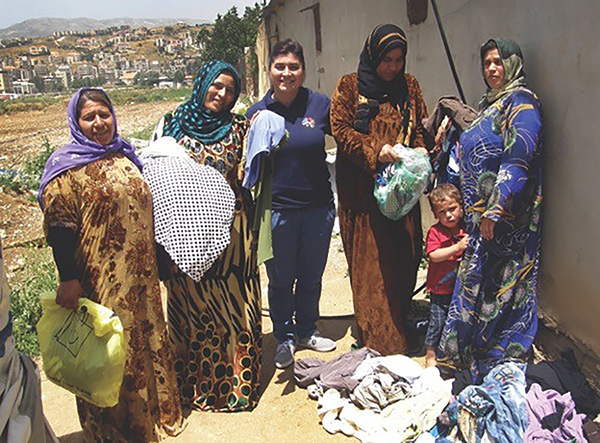 Through Lutheran Hour Ministries' television broadcasting in Egypt, families in refugee camps can hear the Gospel of Jesus Christ proclaimed in the privacy of their own homes. This may be the only opportunity for people to hear about Jesus.

Lutheran Hour Ministries (LHM) has over 60 years of experience proclaiming the Gospel via mass media in the Middle East. Fortunately, the political climate in Egypt provides a new opportunity to expand ministry in the region. Other parts of the Middle East, however, are experiencing great turmoil with war and, as a result, refugees, mainly women and children, are fleeing to safety. There is urgency to expand their proclamation of the Gospel in these areas, especially refugee camps in Lebanon, Jordan, and Turkey. LHM will reach families, refugees, and citizens of the region through a new television program broadcast in Cairo, Egypt. This new television broadcast has the potential to reach millions of people throughout the Middle East, refugees and citizens alike, with the message of faith and the true love of Christ and to be a strong Christian voice and witness through Arabic satellite television programming.

Donate to the LWML Mission Goal