October is the month when the hardworking Lutheran Women’s Missionary League (LWML) committees would gather together for an Interdepartmental (ID) meeting in St. Louis, Missouri. Like many in-person activities, this year ID will be completed through a series of large and small group Zoom meetings.

The agenda for the 2020 Interdepartmental is to meet together in the Word, work on committee projects, and prepare for the 2021 LWML Lexington Convention. Preparations for the LWML convention include planning for the Thursday pre-convention seminars, Friday info-gatherings, committee exhibits in the Winner’s Circle Hall, servant events, and Gifts of the Heart among many other activities.

Please keep the ID team and LWML departmental committees in your prayers as LWML committee members continue to serve the Lord with gladness! 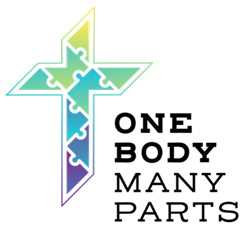 The LWML Florida-Georgia District was scheduled to hold their district convention on September 24–26, 2020, with the theme “One Body Many Parts,” based on 1 Corinthians 12:12: For just as the body is one and has many members, and all the members of the body, though many, are one body, so it is with Christ. They held a three-day virtual convention in conjunction with the  FL-GA LCMS District President's Equip Conference on September 24–26, with presentations from Donna Snow, President of the Barna Group David Kinnaman, and comedic relief from “The Skit Guys,” Tommy Woodard and Eddie James. Gayle Caruso, Ft. Lauderdale, Florida, was installed as the new LWML Florida-Georgia District President. A new mission goal of $126,093.85 was approved, funding 15 mission grants chosen by the voting delegation. Rev. Tim Brown, Clermont, Florida, was elected as the new junior pastoral counselor. 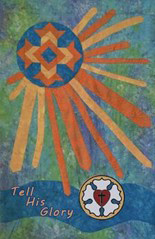 Women and men of the LWML Chesapeake District originally planned to hold their convention in Gaithersburg, Maryland, September 25–26, to celebrate the theme, “Tell His Glory.” The theme was based on 1 Chronicles 16:23-24: Sing to the Lord, all the earth! Tell of his salvation from day to day. Declare his glory among the nations, his marvelous works among all the peoples. They instead held a virtual convention on September 26, led by LWML Chesapeake District President Teresa Tester. Attendees were inspired to “sing to the Lord.” The district approved a new mission goal of $100,000. Women of the district welcomed Pastor Gary Pomrenke of Mechanicsville, Maryland, as their new junior pastoral counselor. 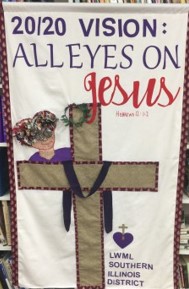 Plans for the 40th Biennial LWML Southern Illinois District Convention were to gather in person in Edwardsville, Illinois, on September 25–26. Like most districts, they decided to hold a virtual convention. The convention theme. "2020 Vision: All Eyes in Jesus!," was based on Hebrews 12:1–2: Therefore, since we are surrounded by so great a cloud of witnesses, let us also lay aside every weight, and sin which clings so closely, and let us run with endurance the race that is set before us, looking to Jesus the founder and perfecter of our faith, who for the joy that was set before him endured the cross, despising the shame, and is seated at the right hand of the throne of God. Attendees were uplifted by Dr. Dale Meyer, President Emeritus of Concordia Seminary St. Louis, who served as the keynote speaker. LWML Southern Illinois District President Diane Grebing led the convention business meeting, which included the approval of a new $82,300 mission goal, 13 mission grants, and the election of Rev. Steve Jacobsen, Carrollton, Illinois, as the new junior pastoral counselor. 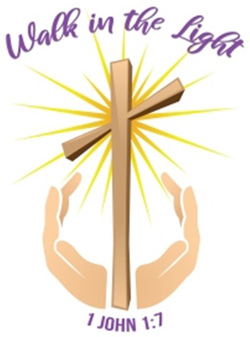 Women and men of the LWML Washington-Alaska District gathered virtually for their 32nd Biennial Convention, September 25, 2020, led by LWML Washington-Alaska District President Marilee Ryan. “Walk in the Light” was the theme based on the verse But if we walk in the light, as he is in the light, we have fellowship with one another, and the blood of Jesus his Son cleanses us from all sin (1 John 1:7). Attendees were able to take part in the pre-recorded videos of the convention. The business of the district was handled with mail-in ballots. The voting body approved a new mission goal of $160,000, and eight mission grants were selected. Rev. Kevin Schubkegel, Mount Vernon, Washington, was elected as the new junior pastoral counselor.

Deaf Outreach in a Time Such as This 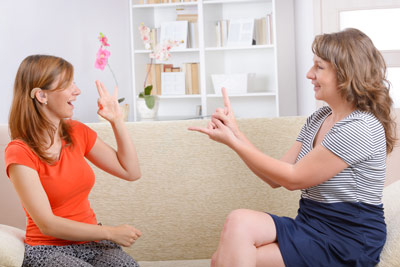 If you find wearing a mask inconvenient, think of our deaf and hard of hearing sisters who use sign language, which includes being able to see lips move as the speaker talks. A clear mask helps, but they can fog up, develop wrinkles, and often do not show the speaker’s entire face. Face shields work better, as they show more facial expressions, but they still may become foggy. To be prepared to have a conversation with a deaf or hard of hearing person, keep pen and paper handy. You can also have a conversation by typing on your cell phone. Are you taking a course to learn ASL (American Sign Language) yet? Read about the LWML Deaf Ministry here. 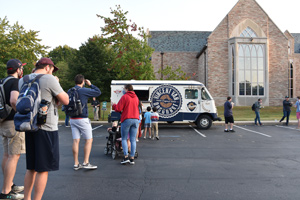 This past Friday, September 25, the LWML Office hosted a donut giveaway event for the Concordia Seminary, St. Louis (CSL) community, catered by a local favorite, Vincent Van Doughnut. The truck, named Clyde, arrived at 7:30 am on the dot, and students, faculty, staff, and families flocked around Clyde, hungry for a sweet treat. It was the perfect St. Louis fall morning for it! The community was able to share in this event, safely mingling per COVID safety guidelines. It was a wonderful experience for the LWML and CSL communities to get to know one another better.