The current Lutheran Women’s Missionary League (LWML) Mission Statement was written in 1988. At the LWML Presidents Assembly meeting this past week, the Visioning Committee presented a new Mission Statement which was approved at the October LWML Board of Directors’ meeting.

LWML Mission Statement
As Lutheran Women in Mission, we joyfully proclaim Christ, support missions, and equip women to honor God by serving others.

Assisting the women of the LWML to put the new Mission Statement into practice, the committee also provided five LWML Core Values:

• Christian Women — We live as redeemed children of the Triune God.
• In God’s Word — We live in joyful response to the Holy Scriptures.
• Mission-Focused — We answer God’s call to share His Gospel at home and abroad.
• Embrace Diversity — We are sisters in Christ who value and benefit from each other.
• Servant Leaders — We are called and equipped by God to serve others.

A new LWML brochure was also created with the new LWML Mission Statement inside. These will be available from the LWML Office for you to order beginning next week. 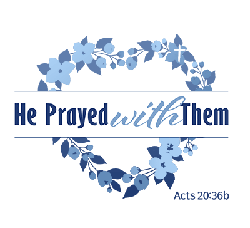 When was the last time you prayed with someone? Not for someone, but with someone? We are encouraged in Scriptures to be people of prayer; prayer marks us as children of the heavenly Father. He has promised to hear us and to answer our prayers. The 2021 LWML Prayer Service, written by Rev. Robert L. Mundahl, a former national LWML Pastoral Counselor, encourages us to expand our life of prayer to include praying with others. This free downloadable Prayer Service is available here. 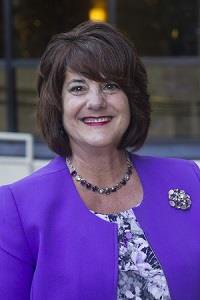 Linda has served as the dedicated gift planning counselor for the Lutheran Women’s Missionary League (LWML) for nine years. Specifically, Linda spearheads the LWML’s Gifts of Love initiative, a ministry that helps LWML members create gift plans that include the LWML in their wills or estate plans. During her service with the LWML, Linda has helped its members create nearly $37 million in future gifts to fund the LWML’s mission and many other LCMS ministries.

“Linda’s promotion is a much-deserved response to her success serving the LWML, especially to the relationships she’s established there and her commitment to helping the organization grow Gifts of Love into such an impactful ministry,” said Rev. Philip Krupski, Senior Vice President, Gift Planning.

Before serving as a gift planning counselor, Linda served in the LCMS Eastern District as the Executive Director of Pioneer Camp and Retreat Center. Her ministry career spans 35 years with The Lutheran Church—Missouri Synod. Linda is also an active member of the Servant Event Committee with the Office of National Mission-Youth and participates in the National Youth Gathering.

Linda lives near Buffalo, New York, with her husband, Don, on a 75-acre fruit farm. Linda and Don are blessed with two sons, two daughters-in-law, and three precious grandchildren. They are members of Trinity Lutheran Church in Silver Creek, New York.

"I Am The Heart Of LWML" Campaign Revealed 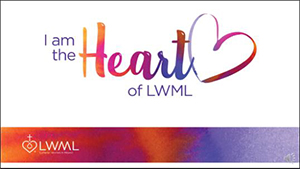 Last fall, President Debbie formed a task force to develop a campaign that would allow every woman of the LCMS to realize she is an intricate part of this organization. The task force members took President Debbie’s “We are HIS” concept and logo, emphasizing the heart in the design for this campaign.

We are the Heart of the LWML because we are HIS:
Held by His Word;
Inspired to share His Gospel;
Surrounded by His grace.

A primary focus of the campaign is that each woman of the LCMS is the Heart of LWML. Christ is in the heart of each woman as she engages in mission education, mission inspiration, mission service, and mission support. Each woman of the LCMS is invited to embrace her role as a Lutheran Woman in Mission. The task force has a PowerPoint presentation that outlines why Lutheran Women in Mission are the Heart of LWML. It is posted under the “Service” tab on the LWML website. 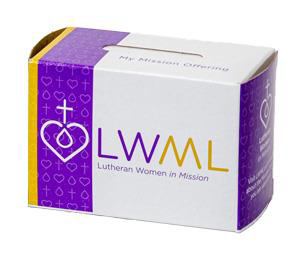 St. Paul's Counsel on Giving
And now, brothers, we want you to know about the grace that God has given the Macedonian churches. Out of the most severe trial, their overflowing joy and their extreme poverty welled up in rich generosity. For I testify that they gave as much as they were able, and even beyond their ability. Entirely on their own, they urgently pleaded with us for the privilege of sharing in this service to the saints. And they did not do as we expected, but they gave themselves first to the Lord and then to us in keeping with God's will. So we urged Titus, since he had earlier made a beginning, to bring also to completion this act of grace on your part. But just as you excel in everything — in faith, in speech, in knowledge, in complete earnestness and in your love for us — see that you also excel in this grace of giving (2 Corinthians 8:1–7).

Screen shots taken while the Board of Directors and Presidents Assembly met Friday, January 22. 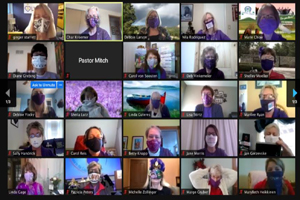 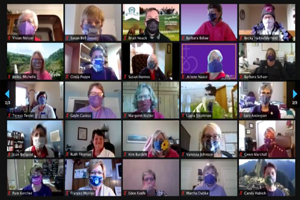 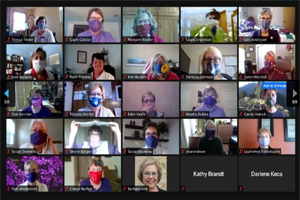