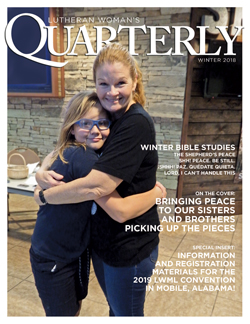 Growing up in New York City, I developed my street smarts early.

As a young woman, I knew to cross the street if I saw the neighborhood flasher coming my way. My mother taught me how to change subway cars if a creepy guy sat next to me: “Do not telegraph your intent, but as soon as the train door opens at the next station, exit briskly — do not run — and when out of sight, run to the next car.”

But the streets were not the only places where my safety was challenged.

I was 16. Most of us walked to youth group, except for three guys in their early 20s who finished college or military service, had full-time jobs and cars, and took turns driving the rest of us home. I usually rode with the guy who had been in the Navy (we had the same birthday) or the other guy who was in the National Guard. But one night, their cars filled up, so for the first time, X drove me home.

But he did not take me home. He took me to the abandoned railroad tracks, a very bad part of town — part of the police precinct where my dad had been a patrolman — and turned off the car’s engine.

I knew I was safer in the car than out.  I needed the right words so he would take me home and not hurt me. I prayed to God that the Holy Spirit would guide me. The fellow drove me home, albeit angrily, but I was safe. I forgave the young man and told no one about it.

But it didn’t end there.

As secretary of the youth group, my job was to prepare their newsletter. The church secretary usually gave me a couple Gestetner stencils so I could type the newsletter at home and duplicate it at church. But on that evening of the infamous car ride, she had told me (in front of the rest of the youth group) the church’s supply was low; could I come instead to church next week about 45 minutes early? She would still be at church, and could I type and run off copies before the meeting began.

My mother walked me to church that following week, saw that secretary would be with me, and left. However, the secretary also left a few minutes after that, saying the rest of the kids would be there soon, and I should be okay alone in the church for a half hour. I agreed and began typing away.

But I wasn’t alone for long. Mere minutes after the secretary left me, X came through the door. I took a deep breath and prayed, knowing the Lord was with me. I tried very hard not to look scared but rather to be matter-of-fact. With my shoulders hunched over the typewriter, I did not make any eye contact with X.

He stood behind the chair where I was sitting, blocking my exit to the church door about 12 feet away. I kept reminding him, “I have to finish this newsletter. I have to concentrate. The rest of the kids will be here soon.”

Then I heard the sound of a zipper going down. I felt something touch the back of my long red hair, so I leaned forward a bit more. I prayed again. At this point, I wasn’t scared — I was furious that he was doing what he was doing in the House of God.

He now stood along my right side, near my ear. I turned my head to the left, kept typing, and said, “No, X. I can’t talk with you right now. No, I can’t look at what you want to show me.”

Finally, I heard the church doorknob rattle. X spun around and darted into the corner. I made a beeline to the door, and said, “So nice to see you guys!” In true Queens fashion, the boys replied, “What’s up wit yoo?” “Ya look like ya seen a ghost.”

X left the meeting early that night. During the refreshment time, I went up to the other two guys with cars and told them to make sure X never took me home in his car again. One guy looked confused, so I repeated, “Do not let me ever get in a car with X.” The guy standing next to him announced, “I’m taking you home from now on.”

He married me six years later.

4   Bringing Peace to Our Sisters and Brothers Picking up the Pieces
11   Surviving Suicide: Battered but not Broken
12   Finding Peace in the Storms of Life
13   Finding Peace in Midst of Uncertainty
17   A Christmas Poem
2019 LWML Convention insert