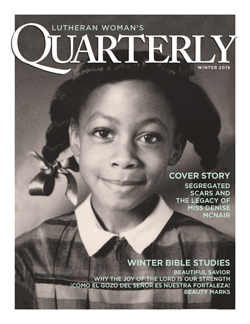 The attack on Pearl Harbor, the assassinations of the 1960s, the Moon landing, the rescue of baby Jessica from her fall into a well, 9/11, and Hurricane Katrina — one of these may be your earliest memory of a major news event played out in the media.

Although I have a distant memory of watching the funeral of John Foster Dulles on the small screen of my grandparents’ black-and-white TV, I was a Kindergartener at the time and did not fully comprehend our nation’s sadness.

Fast forward to September 1963. I had just started 5th grade. The horrific news of four girls killed in the bombing of a church (of all places) rattled and haunted me deeply; the memories of the event disturb me to this day.

Whereas news stories of adults attacking other adults for racially motivated reasons were sadly common when I was a child, it seemed the classmates in my Queens, NYC, public school managed to get along with each other.

For me the story of the bombing of the young girls made it feel as though the world had suddenly turned upside down; their murders signified a shocking and terrifying twist — children had now become the victims of hateful adults.

When I was approached a few months ago about including the account of Miss Denise McNair, one of the martyred girls, in an issue of the Quarterly, I had no idea she was Lutheran and attended an LCMS church where her father was Sunday School superintendent. I was eager to learn more about Denise and how her death impacted this critical tipping point of our nation’s civil rights history.

This Winter issue, ”Beautiful Scars,” shares stories of many who bear scars — of body, mind, and soul — that were healed or are being healed by the One whose hands and feet were scarred for us, and for our salvation, on the cross. Through faith in Jesus Christ and His sacrifice on our behalf, we receive complete healing — either here on earth or forever with Him in heaven.