The Lutheran Women’s Missionary League (LWML) Minnesota North District Convention was scheduled for June 22–24, 2020. Like many districts this year, the decision was made to cancel their convention. Following the convention Scripture verse, Do not be frightened, and do not be dismayed, for the Lord your God is with you wherever you go (Joshua 1:9b), they are trusting and believing that God is with them, even though they could not gather together. They will continue to look to Jesus as they remember their theme, “Drawn to the Cross.” The business of the district was handled with mailed ballots. The voting body selected 13 mission grants. Among officers elected were Kathleen Brandt of Ada, Minnesota, as district president and Rev. Reed Stockman of Morris, Minnesota, as their junior pastoral counselor.

“Victory Through Christ” was the theme based on 1 Corinthians 15:57: But thanks be to God, who gives us the victory through our Lord Jesus Christ. The women and men of the LWML Montana District, totaling 63 (plus those attending virtually), convened in convention in Billings, Montana, at Trinity Lutheran Church on July 17–18, 2020. Social distancing and all necessary safety protocols were observed. The convention participants were inspired and renewed by keynote speaker Donna Snow, who shared a great video presentation. There was also a presentation from LCMS Montana District President Rev. Terry Forke and several Mites in Action Speakers. Outgoing LWML Montana District President, Shari Miller, chaired her final business meeting of the biennium. Pam Kercher, Billings, was elected as their new district president, along with Rev. Daniel Keinath as the junior pastoral counselor. The Montana District also approved funding 10 new mission grants, totaling $56,000.

Women and men gathered virtually for the 26th Biennial LWML Mid-South District Convention on July 18, 2020. “Life Together” was the convention theme, based on 1 Corinthians 12:27 (God’s Word): You are Christ’s body and each of you is an individual part of it. Participants were encouraged to give Gifts from the Heart to the Greene County Foster Parents Association, even though they could not be collected in person. Kersten Ellington, representing the Association, gave a passionate presentation about the work they do with the help of the LWML. Outgoing LWML Mid-South District President Diane Reimold presided over the business of the district, which included the selection of 14 mission grants totaling $130,000. Candy Habich, Blountville, Tennessee, was elected as their new district president, along with Rev. Joel Krogen as the new junior pastoral counselor.

This year, 191 assignments or first calls were given out by Concordia Seminary, St. Louis, and Concordia Theological Seminary, Fort Wayne. These new church workers are beginning their lives of service as deaconesses and pastors or continuing their education as vicars and deaconess interns. 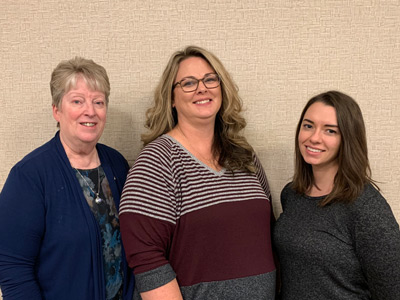 The LWML Church Workers in Mission (CWIM) Committee has developed helpful guidelines for LWML districts as they welcome new church workers to their area. The committee recently shared a list of new workers assigned to each of the LCMS districts with the LWML district presidents, providing them with ideas to help make connections with these new workers as they begin their service.

If a new worker is in your area, consider writing a note, making a phone call, or dropping by to introduce yourself. Sharing a word of welcome along with information about the LWML and its focus can be a wonderful way to introduce the new worker to the mission focus of the LWML. Download and print a copy of the Church Workers in Mission Brochure to give them additional information as they become familiar with our organization. 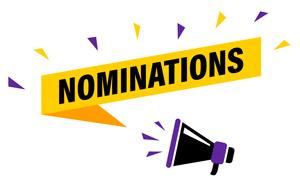 Only let each person lead the life that the Lord has assigned to him, and to which God has called him (1 Corinthians 7:17). God has called each of us to our vocation, where He has placed us in this world. The LWML Nominating Committee is asking for you to connect with women whom God has blessed with leadership gifts, and ask them to consider a nomination in the area where her gifts can best serve God through the LWML. Ask her to prayerfully consider if it is God’s will to expand her call into leadership within the LWML and allow her name to be placed in nomination for LWML’s open positions. Pray alongside her, and ask God to reveal to her His will for her service at this time. The nominating committee is seeking nominees for

God is calling women to serve Him in the LWML — ask God if it is someone you know and submit a nomination. Visit lwml.org/nominations or contact Brianne Stahlecker here.