Inspired by Christ’s love, you gave. Thank you! Inspired to share His Gospel story, Concordia Seminary, St. Louis, is using LWML Mission Grant #19 “Making Jesus Known in U.S. Ethnic Communities” to help fund the education costs of the student/church workers enrolled in their Center of Hispanic Studies (CHS) and Ethnic Immigrant Institute of Theology (EIIT) ministerial formation programs. Concurrent with their distance education studies, these students, virtually all of whom are first-generation immigrants, are serving in ministry positions to share the Gospel among their immigrant/ethnic communities throughout the United States.

The mission of the CHS is to make Jesus known in Hispanic/Latino communities, and EIIT’s mission is to share the Gospel among communities comprising other immigrant groups, largely those from countries in Africa, Asia, and the Middle East. As many of these programs’ students live amid strained financial circumstances, they have a strong need for the student financial aid that this LWML grant provides. 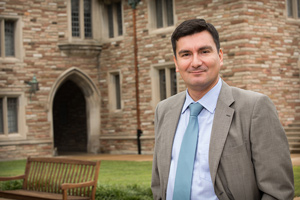 Andrés Valencia, a native of Santiago, Chile, is a CHS student who serves Saint Paul Lutheran Church in Mount Prospect, Illinois. He previously served in college ministry for 10 years in Santiago and in Puebla, Mexico. He serves as Saint Paul Lutheran’s full-time multicultural coordinator and leads the congregation’s weekly service in Spanish.

“I’m serving with my church to reach out to the Hispanic population around Mount Prospect,” Valencia says. “We want to bring more people to God, and we’re doing this by first fulfilling their physical needs and then talking with them about God and faith. God is calling me to build my theological knowledge and to be able to dive deeply into sharing the Word of God.” 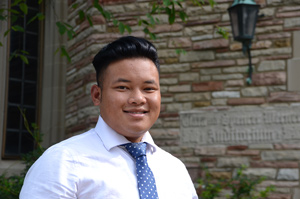 Soe Moe is an EIIT student who serves at Southwest Lutheran Church in Fort Wayne, Indiana. His parents, who are from Burma, fled that country during its long period of military rule and considerable unrest. He was born in Thailand, and his family lived for 11 years in a refugee camp along the Thai-Burma border before coming to the United States.

As a teenager, his devotion to the Lord increased considerably when he worked at a Lutheran summer camp three years in a row. “I realized how amazing God is, and that He’s always there for us,” he says. He adds that he also realized that his calling is to become a youth pastor. “I very much want to continue bringing the Good News to young people and giving them hope,” he says. 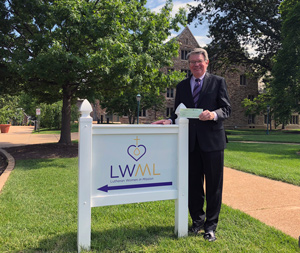 LWML Mission Grant #19 “Making Jesus Known in U.S. Ethnic Communities” for $100,000 has been paid in full, thanks to the generous giving of LWML donors who were led by the Spirit to share His Gospel story.