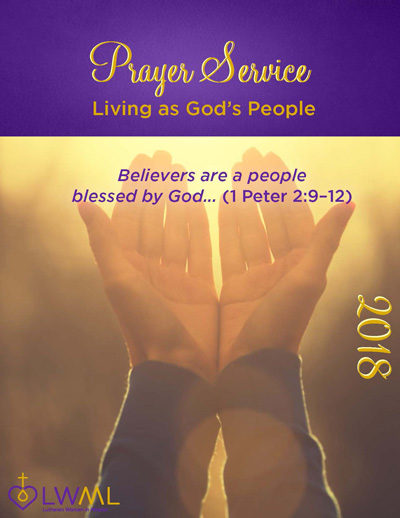 Many factors come to mind when we think of who we are — our identity. In his first letter, Peter continually reminds his readers of their identity. Rather than focus on inane worldly details, he zeroes in on what’s most important: our standing in the eyes of God or our place in His kingdom.

Peter reminds his readers of who they were prior to being made part of God’s family, contrasting that non-status with the present reality of what God had made them. This was especially important for Peter’s readers as they compared themselves to the unbelievers around them, and as they fought to retain hope in what may have seemed like hopeless times.

The 2018 Prayer Service is now available below as free downloads.

But you are a chosen race, a royal priesthood, a holy nation, a people for his own possession, that you may proclaim the excellencies of him who called you out of darkness into his marvelous light. Once you were not a people, but now you are God’s people; once you had not received mercy, but now you have received mercy. Beloved, I urge you as sojourners and exiles to abstain from the passions of the flesh, which wage war against your soul. Keep your conduct among the Gentiles honorable, so that when they speak against you as evildoers, they may see your good deeds and glorify God on the day of visitation. (1 Peter 2:9–12).

Downloads for the 2018 LWML Prayer Service and cover artwork are available below. If you are unable to download the service please contact the LWML Office at lwml@lwml.org or call1-800-252-5965 to obtain a paper copy.

How to use the Prayer Service

The Prayer Service is designed to be used at any time, by large or small groups. It is an abbreviated worship service. This material is copyrighted by the Lutheran Women's Missionary League and users agree to use the service in full context.

In the Print settings, select “booklet.”

Print the Prayer Service as a larger booklet format:

When printing legal size you will need to change the paper size to Legal in Page Setup. 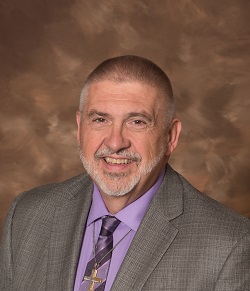 Rev. Dr. Robert M. Roegner states that he has been blessed and befriended by every LWML President since Past President Helen Gienapp mentored him as he began his calling as pastor and missionary. Rev. Roegner respects their great leadership and focus for mission.

Pastor Bob, as he’s sometimes known, hails from the English District where he has served as LWML District Pastoral Counselor. He and his wife, Kristi, are blessed with four children and five grandchildren. In his 35 years of serving the LCMS in a mission capacity, Rev. Roegner has traveled to 89 countries. He and Kristi will be serving in new mission work in Israel with Apple of His Eye Ministry. In addition to traveling, Pastor Bob enjoys hunting, shooting, coin collecting, gardening, and watching sports.