My mom, Annette Jarratt, influenced and encouraged my involvement in LWML. Her support helped lead me to say “yes” to serving as Structure Committee Chairman. 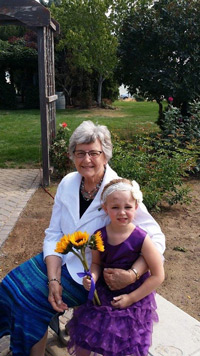 My mom’s own involvement in LWML started before I was born. Her love for her Savior shone through to all who knew her. She served with a glad heart in so many ways, including being a member of the host committee for the 1989 LWML convention in Rapid City, South Dakota, and as the LWML South Dakota District President.

After I left home, we spent many hours talking on the phone about what each of us was doing for our LWML service. As she grew older and became less involved, I became more involved. She loved hearing all about whatever LWML “thing” I was doing. She helped me plan programs that I was leading and asked me thoughtful questions that led me to run for offices and positions.

She has gone to be with Jesus now, but I can still see her smile and hear her encouragement as I continue to serve. She blessed me with a love for Jesus and a desire to serve Him through the LWML. 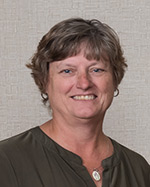 More September to Remember articles
Posted on September 21, 2020 3:00 AM by System Administrator