Marlene Brandenburg influenced and encouraged my involvement in LWML. Her support helped lead me to say “yes” to serving as the LWML North Dakota District President and later as LWML President. 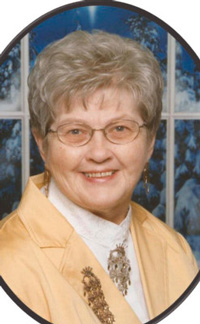 I was Marlene’s district recording secretary when she was the LWML North Dakota District President. This was a blessing as well as an adventure! She loved everyone unconditionally, giving “real” hugs that made you realize how loved you were, and was quick to remind you about the love of Jesus. She influenced me to be in prayer and to trust God with every aspect of my life; she was an encourager and a teacher. Marlene set an example of how to make a difference in the world.

Marlene traveled extensively to mission fields in Latvia, Russia, Germany, Czechoslovakia, and Mexico. She loved to share how God was working in the mission fields and encouraged everyone to support our missionaries through prayer and mites.

In 2017, Marlene went to be with our Lord. I am told that in the hours before her death, she spoke the Apostles Creed, knowing she would soon meet her Lord. In life and in death she lived her faith. I thank God for her friendship! 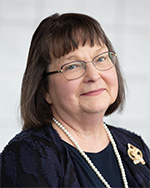