Remember your leaders, those who spoke to you the word of God (Hebrews 13:7a).

Sunday, October 11, 2020, was Pastor Appreciation Sunday. Have you done anything extra for your pastor? We thank our heavenly Father for His divine goodness and mercy every time we hear the Gospel message. Take time to thank those who share the Good News with you.

Having qualified, trained pastors is important. They teach us not just about our current life, but also our eternal life. Their teaching impacts eternity. The LWML Mission Grant Pre- and Post-Seminary Training for Local Church Workers in Africa strives to ensure African leaders speak the true Word of God. Learn more about this grant at www.lwml.org/2019-2021-mission-grant-15. We want all to hear the Good News no matter where they live. “Thank you,” pastors! 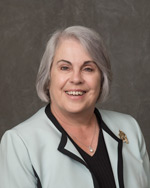 View past messages
Posted on October 20, 2020 7:00 AM by System Administrator 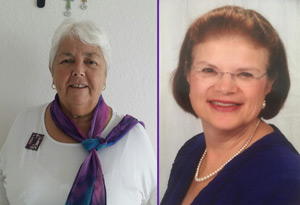 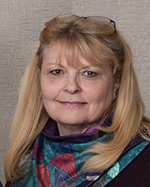 But the Lord answered her, “Martha, Martha, you are anxious and troubled about many things, but one thing is necessary. Mary has chosen the good portion, which will not be taken away from her” (Luke 10: 41-42).

My life has always been busy and leaves me feeling stretched. Each stage has brought new duties and/or commitments. Job responsibilities and assignments fill my work hours. Volunteer hours, along with family commitments and household chores, fill the majority of my remaining waking hours. I admit I am more of a “Martha” and not always a “Mary.” But I am always amazed at what spending time in God’s Word will do! I am refreshed, refocused, and renewed.

Check out the Bible study Balancing Life's Challenges on the LWML website. This study and many others help us to focus on God as our priority in our daily life. 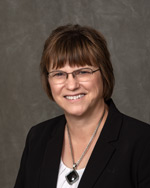 View past messages
Posted on October 13, 2020 7:00 AM by System Administrator

I was fairly new to LWML when Lauren Beale encouraged me to become more involved. I am so thankful for her inspiration and support! 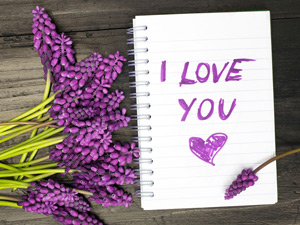 I was a zone president when I met Lauren. We were both in our 30s, and she was already an LWML South Wisconsin District officer. When it was time for officer nominations, she encouraged me to allow my name to be placed on the ballot as the third vice president, the office she held at that time. She carefully explained the duties. Lauren was on the ballot for the office of district president.

When we were both elected, she continued to support and nurture me by listening to my ideas, helping me understand the way LWML worked as an organization, and encouraging me to stretch my writing abilities. Because of her gentle leadership, my confidence grew right along with my skills. I have been blessed to serve as Features Editor for the Lutheran Woman’s Quarterly and to hold several committee positions at the district and national levels. Lauren is a respected encourager and guide. 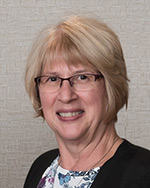 More September to Remember articles
Posted on October 12, 2020 3:00 AM by System Administrator

October is “Clergy Appreciation Month.” A Google search shows it was established in 1992 to “uplift and encourage pastors, missionaries, and religious workers.”

Celebrating, encouraging, and supporting the work of our professional church workers does not need to be limited to a single month, but having a designated month reminds us of the importance of these workers and their unique call to share the Gospel message.

Unfortunately, there are times when our sinful nature has us criticizing instead of encouraging, finding fault instead of supporting, and discouraging instead of celebrating the service of these special servants of God. Listening and learning from those closest to our professional church workers can open our eyes to the sacrificial work being done and provides insight into the challenges and joys of their work.

The LWML devotion “Showing Our Pastors and Church Workers Love and Respect,” written from the perspective of a church worker spouse, encourages us to take time during October to share the love of Jesus with them and thank them for their selfless service. 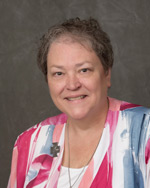 View past messages
Posted on October 06, 2020 7:00 AM by System Administrator

Wendy Greiner influenced my involvement in LWML. Her support helped lead me to say “yes” to serving as database manager for the LWML Information Technology Committee. 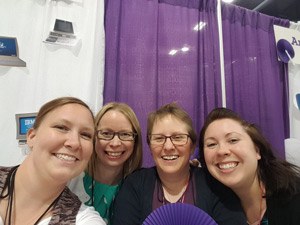 Wendy is third from the left.

I knew Wendy from my district; she served on the LWML Information (IT) Technology Committee. She kept mentioning an open position and how she thought I would enjoy working with the IT committee. She promised to teach me everything I needed to know. After her gentle nudging and much prayer, I finally agreed to an interview, even though I thought I had no technology skills to offer.

Wendy’s encouraging words made all the difference and moved me to say “yes” and accept the position. She told me she saw qualities in me that would benefit to the committee and knew I’d enjoy it once I was trained. And she was right. I did enjoy it and learned new skills which then opened doors for serving at the district and national levels. 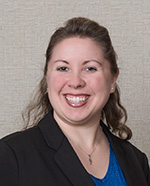 More September to Remember articles
Posted on October 05, 2020 3:00 AM by System Administrator

Fall is the favorite season for many of us. We have blue skies, warm days, cool nights, and summer’s humidity has gone.

In October, we celebrate LWML Sunday. Pastor Larry Krueger, a past pastoral counselor for the LWML Texas District, authored the materials for this year with the theme “Kingdom People Produce Kingdom Fruit.” The materials are based on Jesus’ words to the chief priests and Pharisees found in Matthew 21:43 The kingdom of God will be … given to a people producing its fruits. God has given us everything we need to produce fruit and plant the seeds of faith in others. What joy we have knowing that the kingdom of God is ours!

Share this joy in your church by using the resources available on the website, including the sermon, bulletin covers, a children’s message, and ideas for encouraging mite donations. Talk with your pastor about using these resources for starting an LWML group in your congregation. All are available for free download. Check out the LWML Sunday materials here and begin planning your celebration. 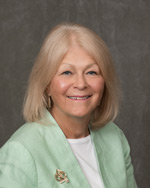 View past messages
Posted on September 29, 2020 7:00 AM by System Administrator